Readers:  this post covers a heavier issue than usual.  I hope it’s useful to you now or at some point regarding how you may address the issue of mortality with your kid(s) or young people that you might have the opportunity to mentor.

Early this month my son woke up crying in the middle of the night.  When Steph and I went to his room, he said he dreamt he was “buried in the ground under dirt before it was his time to die.”  He went on to say through his tears, “I don’t want to grow up and die.”  It’s important here to point out this wasn’t a horror movie kind of dream.  He wasn’t buried alive or anything like that.  He said he saw himself as if he was buried after he had died and clearly knew what had happened. 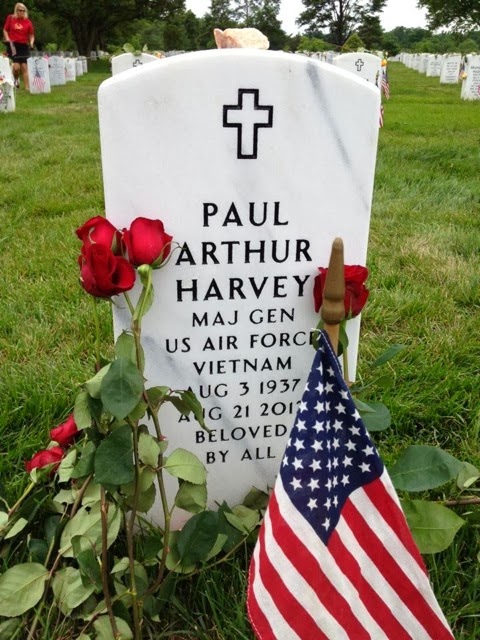 My son turns seven in February.  When I was a child, not much older than he is now, I also became aware of my own mortality.  I can’t recall anything in particular that could have triggered this realization, but I remember there were two related things that struck me heavily at that point in my young life.

First, I realized I was growing older, and as that continued, I would lose interest in the things that I liked to play with and do as a child.  It was obvious to me because I never saw any adults (my parents included) playing with anything I liked to play with or frankly doing anything I thought was fun at that young age.  That made me sad because from my young perspective I had some cool stuff and did some pretty fun things!  Everything about life was an adventure and I never wanted it to end.  But I could see movement toward a time when I wouldn’t enjoy these things.

I think the second revelation was a result of the first. I realized someday I would grow old enough that life as I understood it would end:  I would die.  I think it’s important to say I don’t remember knowing anyone who had died, or even being aware of anyone actually dying, but the simple logic of my young mind allowed me to put the pieces together.  This had a real impact on my life for several years to follow, as I wrestled with what it all meant.  Honestly, outwardly I was a regular kid, but inside I was distracted by my own mortality.

I don’t talk about it often in this blog, but it’s not something I hide either: I’m a Christian and as a result, I hold to the hope hope that when life in this body ends, I don’t simply cease to exist.  I wasn’t brought up this way though, nor did I experience anything akin to a conversion at that young age when I wrestled with the concept of death.  I mention this because as a child in what was practically an unchurched family, my parents didn’t have anything to offer me in the form of an explanation or context—not from a Christian point of view, or any other.  Life was just life.  Apparently you live, and then you die.  End of story.

I remember at the point the frailty of life gelled in my mind, I was sick with a cold—a cold and nothing more.  But I was sick and as a result, a bit miserable.  In the middle of the night (like my son), and not directly related to being sick, I became aware enough of mortality that I sought the comfort of my parents.  I went into their room and as they comforted me I expressed to them my realization that I would die someday.  Looking back it was a bit of a funny moment, but when I told my mom I knew I was going to die and that it was disturbing me, she responded in an attempt to comfort me by saying, “you’re okay, you’re not going to die, you only have a cold.”  She didn’t understand that I wasn’t talking about having a cold, nor was I worried I’d die from it.  I can’t be critical.  What parent comforting a young child with a cold would ever think the issue at hand was actually the realization that death is a part of life.  I didn’t try to explain my struggle any further, they ultimately calmed me down, and sleep visited me again thanks to a soft back rub and the tiredness associated with the middle of the night.

Thoughts of the reality of my own mortality burdened me though for several years to follow, stealing some of the enjoyment from many of the things that were a part of my life.  It was a nagging preoccupation.  That brings me back to my son.  I remember struggling with the same thing and have worked to encourage his concerns by offering hope that there’s more to life than just life in the bodies he sees.

My son’s struggle with this issue does differ from mine in an important way :  he’s definitely aware of two deaths.  I blogged about losing my dad in August 2012.  My son was old enough to be very aware of what was happening as we visited my dad when he passed away, then during the memorial service in the days to follow, and finally when we interred him at Arlington National Cemetery a few months later in December.  Much less significant, but every bit as much real, we had to put our cat down just before we traveled to Arlington.  My son loved the cat and I’m sure he’ll always consider him his first pet.

Although these things happened over a year ago, Paul has continued to talk about it regularly.  Not in a bad way, but it’s clear he’s continued to wrestle with mortality, and it seemed to come together in some way when he had his dream.  Since then I’ve worked to encourage him based on my own beliefs, and he seems to be handling it well.  One of the recurring discussions we have when he makes me aware he’s thinking about these things is that while we believe life goes on after our bodies die, it’s okay to be sad when we lose someone here.  It’s okay that we’re sad because we can’t see them like we used to any longer.  It’s also okay that we remember those we love who have preceded us in death.  And as a Christian, we can take comfort in the hope we’ll see our loved ones and friends again some day.  For those reading this who hold an orthodox or reformed Christian view, I’m sure you’re wondering how I’m dealing with the teaching that in death, everyone doesn’t go to Heaven.  I’m doing my best to be careful not to say (or imply) that everyone goes, but I’m also being careful not to lead my son down the path where I shatter any hope.  He’s not ready to have that larger and much more heady discussion just yet.  For now and for him:  all the hope I can offer a child with the stage set for the deeper discussion later.

We often hear the word “closure” associated with the passing of a loved one.  A year later, with all the understanding I can muster after losing dad, I think I’m mostly there.  Not completely, but mostly.  A way I describe where I am in the healing process: the open wound is closed and a scar is forming, but it’s still very tender.  Some days I think my son is farther along than I am; other days I’m convinced he’s not.  I do my best to understand all of this from his young perspective, not to make too much or too little of it all, keep it in perspective, and just be his loving (and living) dad.  My own childhood struggle with the matter of mortality certainly helps me with this.  I know this though:  it’s a privilege to be my son’s dad, and to be by his side as he continues to wrestle with it all.  There aren’t words to explain how special it is to be the man he turns to for explanation and comfort, to share what he’s thinking, and to cry and laugh with about anything and everything.  I get to watch him grow!