Last week I told you the story of the birth of my son.  Just typing that story out last week and reliving it in my mind brought joyful tears to my eyes again.  Although that wasn’t why I wrote it, I was flattered to hear from many of you who told me what I wrote resonated with you and apparently the stock went up on several brands of tissues.  As promised, here’s the rest of the story of my reflection on my wonderful wife and the birth of my son.  The emphasis changes a little here, from my amazing wife to the beginning of my own development as a first-time father. 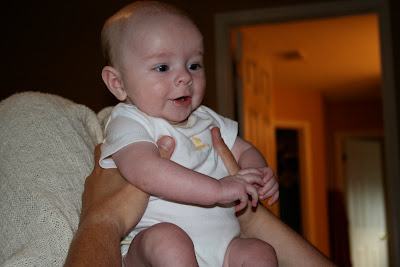 Paul’s Pitstop Along the Canal
I mentioned my wife labored for 51 hours before Paul was finally delivered by C-section.  As you recall, he was breach, then on the day we were to originally have the C-section, he flipped over and was properly oriented for a normal delivery.  And then there was the marathon.  After Paul was born and we were all resting quietly in the Labor and Delivery Ward (L&D from now on), our doctor came to us to explain what caused the lack of progress.  It seems that Paul had turned his head to the side at about the time he started progressing down the birth canal.  As a result, the shape of his head didn’t line up with companion shape of the birth canal and he simply stopped.  No amount of labor was going to change it, especially since Steph’s body was properly trying to move him along, creating enough pressure that Paul’s head just wasn’t going to turn back.  In times past this could have (would have?) resulted in the death of both mother and child, but thanks to God, modern medicine, the wonderful skills of the medical professionals that took care of us, I enjoy the company of my beautiful wife and son today. 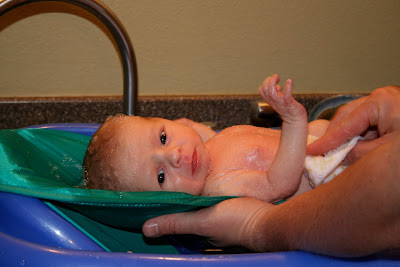 I learned a bunch of cool stuff as Steph rested and recovered, and began bonding with my infant son.  Steph “held” him for nine months and now it was finally my turn.  I was nervous but eager to learn.  He had his first bath and I learned how to change his diaper and swaddle him.  The Super Bowl was on with the volume down and Steph fed Paul his first meal outside the womb watching the game.  (I can’t make this up!)  At about halftime, Steph fell asleep and Paul and I sat with my new son in my arms, watched the game, and bonded.  And every now an then, I found myself weeping just for a moment.  It wasn’t for any specific reason.  I think it was that intangible and very real bonding--father’s and son’s hearts were touching.  It was, and remains, one of the best experiences of my life, sitting in the quiet and warmth of that room next to my sleeping wife who had just done something truly heroic, and holding my hours-old son. 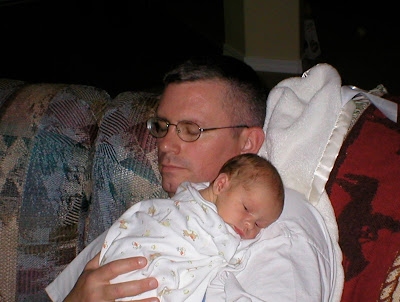 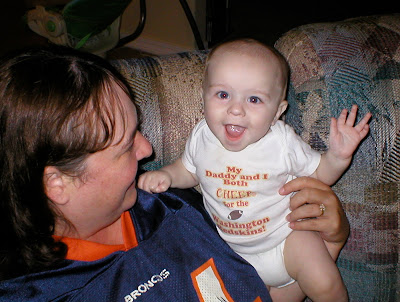 Men, if we don’t honor our women--all women, but especially our wives--then we’re not really men.  The word “honor” gets used a lot in certain circles, but I’m not sure many of us really understand what it means practically.  Not that I agree with every premise behind his statements, consider this amazing conversation between Robert MacGregor and his son in a scene from the 1995 movie Rob Roy:
Son:  Father, will the MacGregors ever be kings again?
Rob Roy:  All men with honor are kings, but not all kings have honor.
Son:  What is honor?
Rob Roy:  Honor is what no man can give you, and no man can take away.  Honor is a man’s gift to himself.
Son:  Do women have it?
Rob Roy:  Women have the heart of honor, and we cherish and protect it in them.  And you must never mistreat a woman, nor malign a man, or stand by and see another do so.
Son:  How do you know if you have it?
Rob Roy:  Never worry in the getting of it.  It grows in you and speaks to you.  All you need do is listen.
Men, all our circumstances are different whether we’re single, married, or fathers.  But we can’t afford to mess this up.  We live in the world and others see us:  other men, sons, women, and daughters.  Never be an ass; just be an honorable man.
Single men, it’s OK to be the man that women want you to be and that younger men can genuinely look up to.  Be a real man of strength and honor--mentally and physically.  Don’t let yourself fuel the caricature that men are full of rudeness and too much testosterone.  Don’t go to the other extreme either though and be that ugly model of overdone pasta with no idea who you are or what you stand for, and who doesn’t know where to find his spine or what testosterone is.  If you’re a husband, you have a wife to love and cherish.  If you’re a father, you have sons and daughters to raise.  For those of you with sons, join me in my hope that we raise our sons well.  We are men.  If you’d prefer not to be, like last week, feel free to send me your Man Card; I’ll quietly and discretely dispose of it for you and we’ll never speak of this again.
It’s great to be a dad!
Posted by J.P. at 1:08 AM