You try to make something easier, only to discover you’ve made something else harder.  As we say in the military, a plan never survives contact with the enemy.  Another related saying goes something like this:  if you want to make God laugh, tell him your plan.  Neither of those fully represent the point I’ll try to make, but they come close.  Stephanie and I went through a variety of phases relative to having children over the years of our marriage.  Honestly, we began with very little interest in seeing our family grow.  As years passed, and probably as we matured as a couple, our views on parenting softened a bit.  This trend continued as more time passed, fueled not only by our own relationship, but also by several practical things.  Primarily it revolved around my advancement in my career and the associated increases in pay.  As we grew more financially comfortable, our comfort level with becoming parents increased.  It was reinforced by a second influence: several of our friends who had kids and lived the life of parents openly and honestly in front of us.  Eventually we found ourselves actively planning to have a child, as middle-aged folks. 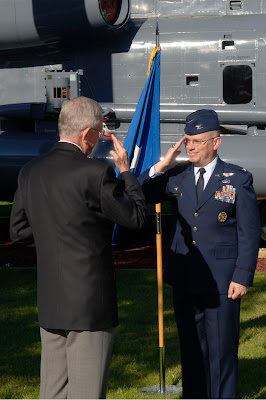 The migrant lifestyle.  One thing we discussed early in our marriage that weighed positively in our plan to wait to have kids was mobility relative to my job.  The plan was that we would have a child at a time that would allow me to retire from the military around the time he entered grade school.  So far, so good--Paul was born shortly before I hit my 21st year of military service, so technically I’m already retirement eligible.  Not that I wouldn’t continue to work, but Steph and I agree that we’d prefer to raise Paul without having to move every two to three years.  Don’t misunderstand though, especially any other military dads reading this.  I absolutely love my career.  In fact I was born into and grew up in a military family that’s spanned more than three generations.  Our desire isn’t one based on a dislike of a the military life or its migrant lifestyle.  For Steph and I it’s more about reducing instability, and moving every two to three years is something we can control.  I’d be less than honest if I didn’t also factor in the impact of temporary duty and deployments in addition to the regular moves.  Opposing this, however, is that I have enjoyed very real benefits that were the direct result of a childhood of chronic moving.  I’m sure for every disadvantage, there’s an equivalent advantage associated with seeing and living in places all over the country and world.  If I retire from the military sooner rather than later, my son won’t share those same benefits.  In the end though, Steph and I are favoring the advantages associated with being less migrant. 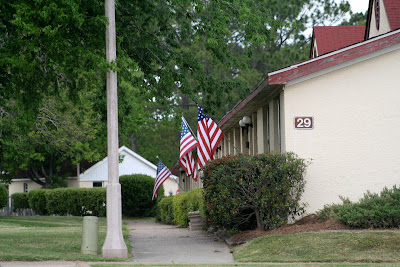 Local community.  This would also allow us to settle into a community and establish the associated long-term relationships, especially with the teachers who we’ll entrust to help us educate our son.  Don’t get me wrong; military children tend to do very well academically for a number of reasons.  I suspect in part, this because education is important to military professionals, but even more, because truly global experiences matter and those kids carry that cultural and academically diverse set of experiences right into the classroom.  Socially, it’s not that we don’t have long-term and significant relationships with many of our military friends--we definitely do--but they’re as mobile as we are and most of us won’t settle in the same place once we’re done with our military careers.  Honestly, I hope I can form the same level of intimate and immediate trust with my neighbors once I retire as I have with many of even my most recent acquaintances in the military.  Think about this--every time I move, I instantly have a group of people around me that I would hand my car and house keys to, trust to receive the shipment of all my earthly possessions, and can trust with my wife and son without hesitation.  Amazing since often times I’ve never met many of these people before arriving at my duty station.  I don’t ever want to diminish just how unique and wonderful that kind of community is.
And so here we are, according to “the plan,” within a few years my wife and I should step away from the military life and settle down somewhere a little more permanent.  Two very real things drive me toward what has become an imminent and heavy decision: I’m not getting younger, and I hate spending time away from my son.  The risk of having to spend months or even years away from my son is almost unthinkable.
One thing I’ve learned you can’t anticipate as a first-time dad: the emotional bond that exists between a father and his son.  For my entire adult life I’ve been a career servant of the State.  Now I’m a dad; I’m actually somebody’s dad!  I would give my life for my country and more specifically its citizens and our way of life.  I would also give my life for my wife and son for reasons that another husband and dad would understand, but I think it can be summed up by saying family isn’t the same as country.  And so there’s the tension.  The conflict for my time isn’t binary though.  As mentioned before, I have to work to pay the bills, and to be honest, even if I were independently wealthy, I’d still have to work at something.  All dads can probably identify with the struggle, but I think this struggle is different for a dad depending on where he is in his own life: depending on how old he is. 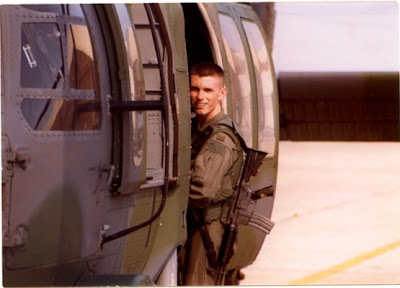 When I was younger, certainly when I was truly a young man, I remember living the adventure of the military life: working hard, lots of trips, deployments, etc.  I didn’t have kids but many of my colleagues did.  We trained and traveled a lot.  When we were away from home the discussions eventually came around to the things that mattered to us back home; for those of us who had them that meant our wives and kids.  (No offense ladies, but for the first five years of my career, I served in a unit that didn’t have females in combat positions.)  But we were young, and young men are bullet proof and fuller of the stuff that makes us men--energy, testosterone, zeal, idealism, etc.  The body and the brain were young.  (Now, in contrast I feel I have a 20-something year old brain but it’s living in a 46 year old body.)  Those of us who were married loved our wives; those who had kids loved their kids, and we didn’t like being away.  They were our stability and pivot points, but we were young and professional.  We went off to do our jobs.  The travel and work was exciting, at times dangerous, and while it was difficult to be away from home, somehow the adventures also had an equal pull.  For many of us, when we were home we thought about the excitement of being away, and while we were away, our attention turned back to home.
Now something has changed and I think it’s the result of growing older.  I’m not a fan of those guys who always need to tell the bigger story, always trying to one-up their buddy’s adventure or pain, and I’m not doing that here.  But based on my experiences and watching my friends over the years, there’s something different about being a first-time father later, rather than earlier in life.  I can’t prove it, but I think it’s easier for a young man to to balance the family when it comes to the tension between being home and being away from home.  I’m not saying marriage and parenting is easy for a young husband or father, but I think it’s somehow easier when contrasted with his middle-aged colleagues.  Even if I’m wrong and I’m the only one this is true for, I couldn’t have foreseen or understood the difficulty of spending time away from my son.  It’s hard when we men have to spend time away from our wives--if this isn’t the case for you, we probably need to have another conversation--but our wives are adults.  As hard as that is, I think it’s harder to spend time away from our kids--it certainly is for me.  Our kids aren’t adults and don’t understand the reasons for the separation. 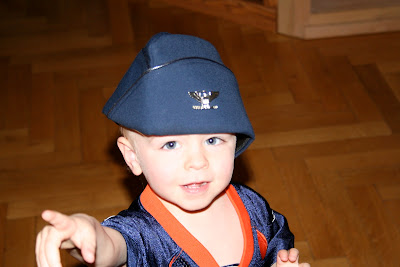 I suppose writing this is therapeutic.  In some sense, I’m certainly writing for myself, to help gel these thoughts and issues in my own mind.  Doing it in a blog though also lets me put a little piece of fatherhood on my sleeve for everyone else to see.  I thought the plan was good and would minimize certain difficulties: money, mobility, etc.  What I couldn’t anticipate is just how difficult it is to look at my small, young son through eyes that are more than 40 years his senior.  I’m convinced it’s a much different and more difficult view than it would have been through those same eyes when they were half as old.  Am I done with my time in the military?  No.  Am I closer to the end than the beginning?  Definitely, and my son has become the primary influence in the decision about when to bring this adventure to a close and begin the next, less migrant one.
Hopefully my words encourage other middle-aged dads and can inform the young men who follow and find themselves wrestling with some of these same thoughts and decisions.  Finally, maybe a few wives and even kids can be encouraged to know your men wrestle with these kinds of things.  We are men, with all the associated confusing, irritating and cool baggage it brings for those around us.  For many of us, the crusty exterior is there for all the right reasons:  to some extent, it’s the way we’re wired; but also we may need it to fuel the things we need to do at work.  Fortunately or not, those two realms within our lives aren’t binary and can’t just be switched on and off.  Regardless of the appearance on the outside though, these things still rage within us as husbands and fathers.
It’s great to be a dad!
Posted by J.P. at 7:34 AM