Learning About Love and Loss

In the past few years, there have been several things that fueled the balanced development of my son’s emotions.  We do our best to encourage disciplined thought, but not detachment from the joys and pain that come with living.  I suppose as parents we don’t really know how we’re doing until our kids have matured and we see how they deal with various situations in life.  In Paul’s case, there have been events that highlight to me how he’s developing a strong emotional balance, and a kind heart.  First a real-world event, then I’ll share his reaction to scenes from two movies. 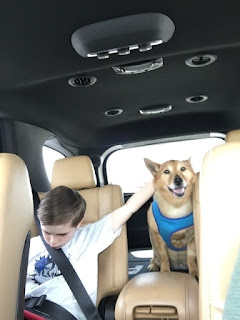 Until we bought the two Corgis we currently own, every dog Steph and I have had in the years we’ve been married have been rescues.  Jazz was an odd mutt with a strong personality.  She was never mean to Paul, but she never really liked him.  We’re not completely sure why, because she was also legitimately protective of him if she felt someone or something was a threat.  Overall, she preferred for him to just leave her alone.  We rescued Jazz from a vet, where she was abandoned along with several other puppies from the same litter.  As Paul got older, it troubled him that Jazz didn’t really care for his company.  He did his best not to irritate her, and was fantastic at accepting it was best that he just pet her when she’d tolerate it.  She had no patience at all when he’d try to snuggle her.  As she got older, she got grumpier.  Late in life she contracted cancer and finally the time came that we needed to end her suffering.  We set the appointment with the vet, leaving time to allow Paul to say goodbye to her at home.  While we gave him the option to come along, it didn’t surprise us he preferred not to.  The time came for him to say goodbye, and our hearts were warmed that she let him sit down on the floor with her, give her very warm, big and gentle hugs—he all but held her in his arms—and then he spoke quietly and calmly to her.  His words broke our hearts.  Tears quietly ran down his cheeks and after several kisses and hugs, he whispered:  “Dream of me, and walk with me in your dreams.”  Steph and I were wrecked at his poise and maturity, and the love he continued to show a dog that didn’t really love him.  He sent her off well, and we couldn’t have been prouder of him. 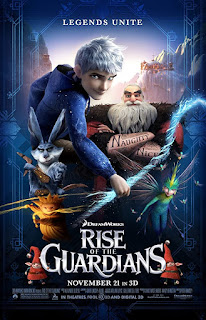 In 2012 we took Paul to see the movie “Rise of the Guardians”.  We’re not sure, but we think he still believed in most of the magical “guardians” that surround childhood—Santa, the Tooth Fairy, the Easter Bunny, etc.  This movie was about the spirit behind these stories, and put a cool perspective on what kids can learn from them, by gently reenforcing that what they represent continues on with those who believe.  Meanwhile, those who quit believing may very well also lose an appreciation for what the actual point was—caring, giving, etc.  At the time Paul saw the movie, he was having periodic nightmares.  As kids do, he would wake up afraid, then need to seek out Stephanie and I to quiet his nerves and remind him the nightmares aren’t real.  A big part of the storyline of the movie revolved around the rational and confident defeat of nightmares.  This spoke loudly to Paul and convinced him he needed to continue to believe in the positive aspects of these characters, and to purpose not to fear the bad dreams that come from uncertainty and an active imagination.

At the end of the move, we asked him what he thought.  Paul said, “Some tears were shed because now I know they (the Guardians) will always be in my heart.”  There were a few tears during the movie, and he was right on the edge of tears when he said that. The message of the movie had a real impact on him and I think it surprised him how empowered he felt to know he is in control.  It was all him. He told us a little later they were happy tears because he knew that as long as he believes, the Guardians will always be in his heart. 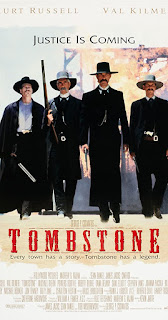 Then just recently we let Paul watch the western Tombstone with us.  He quickly got into the characters, the point of the story, and the action (of course).  Late in the movie, Doc Holliday is at the end of his life.  Laying in the sanitarium in Colorado, he’s dying, and the scene comes when he orders Wyatt Earp to go away.  Wyatt respects his friend’s wishes and as Doc lays there alone, the camera angle lets you look from the end of the bed, past his feet to his face.  Doc quietly says “I’ll be damned; this is funny.”  What isn’t explicitly stated is that he’s lost feeling in his feet as a sign of his imminent death.  While it’s clear to any adult watching that he dies, they don’t really emphasize this.  Paul knew what happened, and was weeping for this antihero, as he appreciated the gravity of the scene.  He also grasped this was the end of the relationship of respect and deep friendship between these two men—the same as the loss of a family member as the story is told.

In the end, we’re so proud of the balance Paul is developing across all things in his life.  As all parents do, we constantly assess where he is with all facets of life, and balance between sheltering him and overexposing him to things.  We seek to find and stay on that line where we’re doing our best to develop him into a young man of reason, who isn’t afraid of his emotions, but isn’t driven by them alone.  These little instances, in this case related to love and loss, give us little hints we might be succeeding.