My dad is one of my heroes.  This Father’s Day I want to honor him by explaining to a limited extend what he’s contributed to my being the man and father I am today. 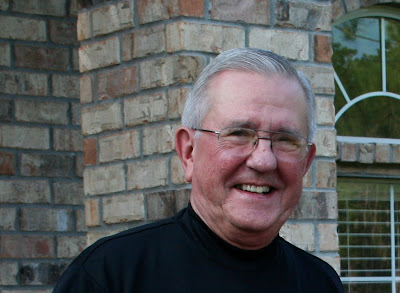 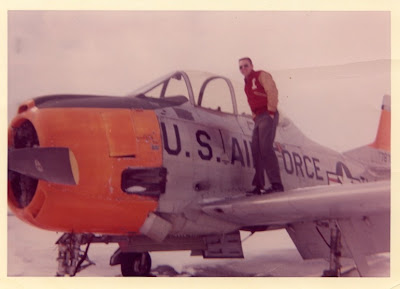 In December 1959 he reported to Lackland AFB for what was called officer preflight training.  After successfully completing preflight, he continued to Malden AB (Malden, MO) for primary flight training where he flew the T-28 and was in the last class to fly this reciprocating engine aircraft for primary (pictured above), then at Laredo AFB, TX where he flew the T-33 to complete pilot training in a jet aircraft (pictured below).  After graduation and with survival and passing through the Technical Training Unit, he began flying C-133’s as an airlift pilot.  Throughout his career he flew C-130s, C-141s and C-5s as well as other assorted aircraft. 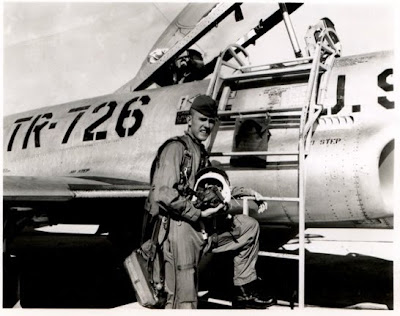 During the early part of his career, he was also selected along with 125 pilots from across the AF to screen for the astronaut program.  He passed the grueling 9 day physical, but ultimately wasn’t selected to complete the training since he didn’t have an engineering degree.  His name was kept on the books as eligible, but he was never called upon to enter the program.
He served in combat in Viet Nam, commanded at the squadron, group, wing and twice at the air division level, and also served as the Technical Training Center Commander at Keesler AFB, where he retired in 1991.  One of the Air Divisions he commanded, the 76th Military Airlift Division at Andrews AFB, MD, included three subordinate wings, one of which was the 89th Military Airlift Wing responsible for presidential and congressional airlift, including the US’s most famous jet: Air Force 1.
His original plan to move to the airlines after a few short years flying for the military was overcome by his love for military aviation and those few short years became a 32 year career.  Along the way, while working a full-time career in the Air Force, he also earned an MBA on his own time.  He retired from active duty as a major general and transitioned to civilian life.
Shortly after retirement, he was hired to tech MBA studies at William Carey College in Hattiesburg, MS.  Around that same time he also ran for Congress against the incumbent for the 5th Congressional District in Mississippi.  The incumbent won but the visibility and desire to continue in public service was noted.  As a result the State of Mississippi asked him to become the first executive director of the newly formed Mississippi Gaming Commission in September 1993--the year the State Senate voted to legalize and regulate casino-style gaming in the state.  He accepted and ran the State’s gaming compliance arm for almost six years until sometime in 1998.
Shortly afterwards, he was offered the position of President and CEO of a financially struggling Signature Works (the largest company in the world employing visually impaired workers).  He served with them for two years, moved the company back into the black, then handed a healthy company to new leadership.  Never content to sit still, he then started a company with two other men to store cars for military members stationed overseas or deployed.  That same year he also started his own company, PDH Associates, to assist individuals and companies who desire to enter into the gaming industry.  Since then he’s taken a number of corporate governance positions within the gaming industry, including a position on the Board of Directors for the Riviera in 2001, and as the President and CEO of Pearl River Resorts, working directly for the Meko (Chief) of the Mississippi Band of Choctaw Indians.  He still lives in Mississippi today and actively continues with his own company, as well as with Pearl River Resorts and the Riviera. 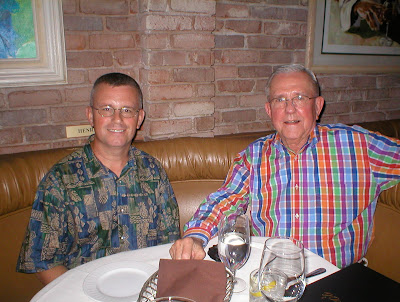 Dad, I want you and others to know what you taught me: the things I can say you’re responsible for teaching me and that have made me the man, and the father that I am.
There are so many more things I could say, but these are the big ones.  You didn’t just tell me these things, you taught me through your words and deeds across my entire life.  You also commissioned me as a second lieutenant in the US Air Force, officiated all of my promotions, greeted me when I returned from my first combat deployment, and my son is named after you.  Thank you for being my dad and my hero.  If I’m ever even half the man that you are, I can count my life a success.  Happy Father’s Day, dad.  It’s truly great to be your son, and as always,
It’s great to be a dad!
Posted by J.P. at 5:33 AM