If you read my last post, you know we just returned from a convention, and Paul went with us as he has every year for the past three years.  The trip has always required air travel and specifically travel from Europe to the U.S.  I’ve bragged on my son a bit on Twitter (you can follow my parenting feed on Twitter @Somebodys_Dad) since the trip over and back this time were his 10th and 11th trans-Atlantic crossings by air.  When we move back to the U.S. later this month, he will have crossed the Atlantic Ocean 12 times during his four years of life.  All this ocean crossing began when we moved from the U.S. to Germany three years ago. 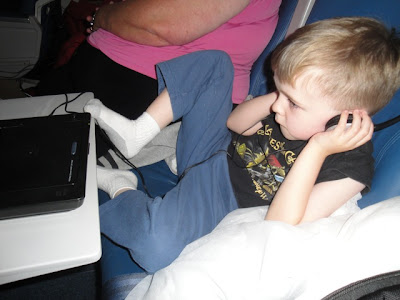